Tapovan trek is a strikingly different type of trail inside Bhagirathi river valley to high up at the base of majestic Mt. Shivling. Tapovan (4,270 m/14,270 ft) a patch of green, situated on the west bank of Gangotri glacier amidst glacial moraine and debris. This is among few known trails which takes you to a the core of the Himalayas inside a glacial valley.

The word ‘Tapovan’ means a sacred and serene place, where the sages meditate for spiritual bliss. According to Hindu mythology, King Bhagiratha (Lord Rama’s ancestor) of the Ikshvaku dynasty, meditated here to Shiva for Ganga’s descent to the earth. From time unknown, Hindu sadhus or spiritualists come here to pay tribute to Lord Shiva and River Ganges. Tapovan, lush green in summer, blooming with wild flowers, turns golden in post-monsoon season.

The valley, flanked by majestic Himalayan peaks like Mt. Shivling (6543 m), Mt. Meru (6630 m) and Kedar Dome (6808 m) is a favourite destination for trekking enthusiastic, both Indians and foreigners. The Bhagirathi Group of peaks – I (6,856 m), II (6,512 m) and III (6,454 m) are visible on the eastern bank of Gangotri glacier. The trail from Gangotri to Tapovan via, Bhujbasa and Gomukh, is only 24 km and two days trek but it covers a vast array of Geo-morphological features, like the ‘I’ shaped river gorge of Ganges, then the snout of the glacier from where the river originates, followed by the glacier itself with lateral moraine and ice covered glacial debris and finally the steep edge of the glacier. Initially the trail runs amidst pine and birch forest, but crosses the tree line to reach this Alpine meadow where only perennial grasses, sedges, and forbs can survive. Sighting of Bharals (Blue Mountain Sheep) on nearby mountain slopes is common. The high altitude, rarity of oxygen, average 6-7 km walk in the difficult terrain and the erratic weather make this a short but challenging trek.

From Dehradun we drive to Gangnani via Uttarkashi.

Gangnani is known for the natural hot water spring baths it has.

We drive to Gangotri on this day itself. We stay at a guesthouse overnight.

From Gangotri we move along the beaten trail towards Chirbasa, which is on a tree line.

The entire trek today is along the roaring Bhagirathi River.

Beyond Chirbasa the terrain becomes really desolate and barren.

In fact, it has been referred to as Arctic Tundra by many trekkers.

From Chirbasa we trek further to Bhojwassa, the entire trail passes through dense forest.

In Bhojbasa there is a small temple and a potential campsite near the river.

In the afternoon we are free to explore the area and to enjoy excellent sunset on Bhagirathi's group of peaks.

Early in the morning enjoy the panoramic view of the Bhagirathi group of peaks.

We explore the area and trek to Tapovan, one of the finest high altitude alpine meadows in the area.

The trek from Gaumukh to Tapovan has a steep ascent, and as we climb, the view of the surrounding peaks becomes clearer.

They appear to be just a stone's throw away.

It is also a little wonder why Sadhus and saints choose this spot for extended meditation during the long summer months.

This day is free for us to acclimatize, relax and enjoy the magnificent snow-capped peaks, flora, fauna, and mountain landscape.

This land is frequented by some of the greatest contemporary mountaineers.

The Shivling peak stands tall in front of us. Behind Shivling, towards the right is Meru.

A little towards the left of Shivling is Sumeru.

The Bhagirathi peaks are visible further to the left.

Bhagirathi III, Meru (Central Peak), and Sumeru have some of the hardest climbing routes in the world.

We can visit the Meru Glacier and return to our campsite.

Early in the morning, we enjoy the sunrise on high peaks.

After breakfast, we trek down to Bhojbasa.

We trek to Gangotri in the morning.

Dinner and overnight stay at a guesthouse.

Early morning after breakfast, we drive back to Dehradun and arrive by evening. 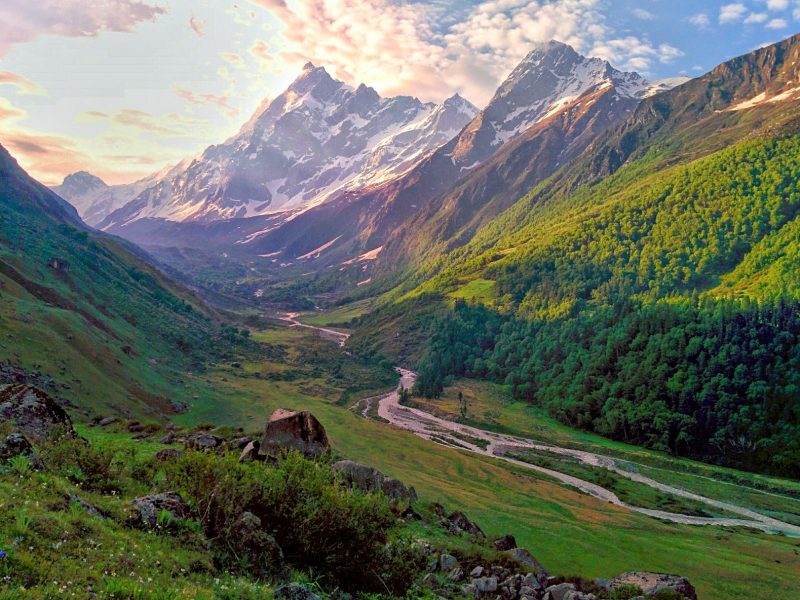 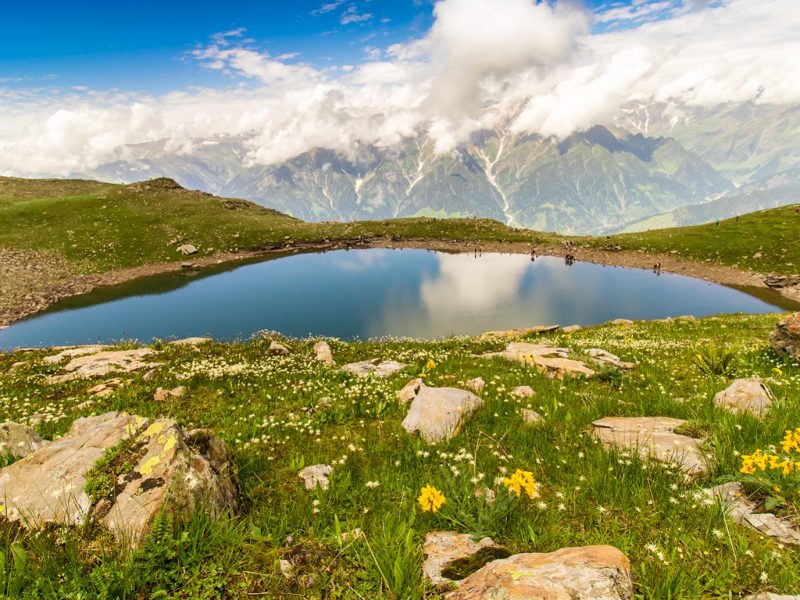 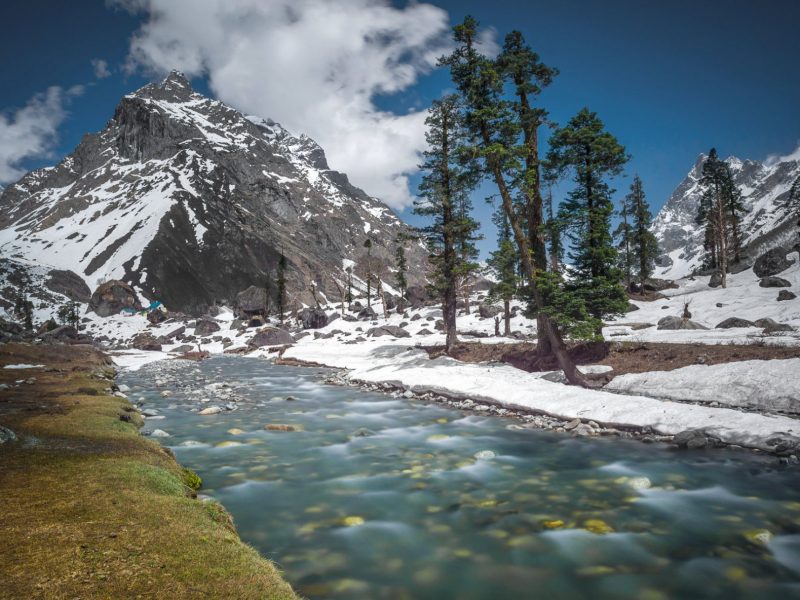 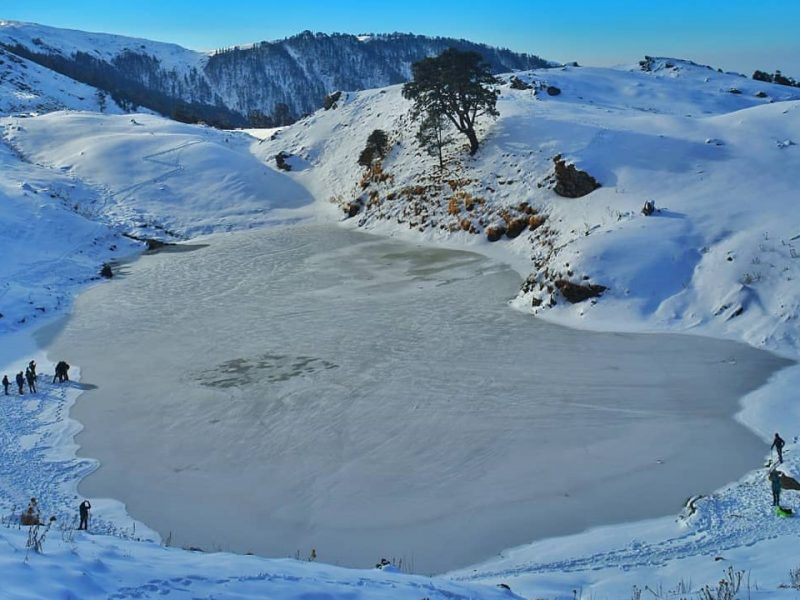